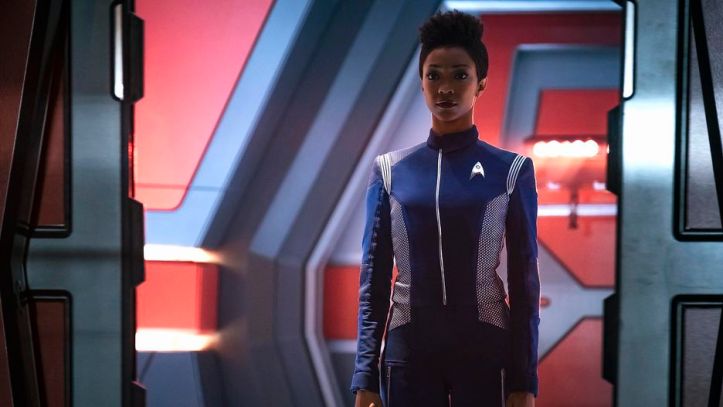 The much anticipated Star Trek: Short Treks has kicked off, with the first episode airing last week in the United States and Canada.

If you’re an international viewer about to reach for your Netflix account to go check it out, don’t bother.  We’re still waiting, and sadly, it looks like we’ll be waiting for a while.

Netflix, the international streaming rights holder for Star Trek: Discovery, have no plans to carry the between-seasons mini-episodes at this time.

If, like me, you’re not happy about that, I recommend you let Netflix know by visiting this link and requesting the show.

The first episode of Short Treks is a Tilly-centric adventure called “Runaway.” Reviews online have been a little mixed but mostly positive.  What I’ve read is enticing, and I really want to see one scene in particular where Tilly apparently explains away a ruined mess hall by blaming it all on an hyperactive and destructive hormonal space rabbit!

If you don’t want to wait for Netflix to pull their finger out and stream Short Treks, and want more information on the episode, you can check out a spoiler free review here, by Anthony Pascale from the wonderful TrekMovie website.

In other news, there has been an avalanche of Star Trek: Discovery related reveals in recent days, with most of them coming hot on the heels of CBS releasing the Season Two promo poster and a new trailer for the show.  The poster features the mystical “red angel” that we learn more about in the new trailer, which appears to have a link to Spock – and, it would appear, Michael.

The poster is simple, and features the seven lights that Captain Pike mentions in the first trailer, with the Angel right in the very centre of the Starfleet Delta.  The poster is minimalist, beautiful, evocative and appropriately mysterious.

For those of you who don’t remember, this new season is meant to be an exploration of science and faith and the poster presents that effectively.

As mentioned, there is a new trailer out and it is awesome and packed full of excitement and surprises.  We get our first glimpses of Ethan Peck as Spock and Rebecca Romijn as Number One.

I really expected them to hold those two particular surprises over until just before the season launch.

We also get a lot more of Captain Christopher Pike.

Want a closer look at Spock, and another look at Number One?

I haven’t heard any backlash from fans about Spock’s dishevelled appearance yet, which is good.

I like the foreshadowing and how it adds more depth to this iconic character, in a way that is consistent with things we will see Spock do in the future.  He’s always been a character adrift, seeking somewhere and some way to belong, and, despite his adherence to logic, has always been a deeply spiritual individual.  He left Starfleet to undertake the rigorous Kolinahr ritual, and didn’t continue his quest for pure logic when he failed, even though the Masters would have probably let him, because his soul/heart/intellect felt the pull of something “greater.”

At heart, Spock is a scientist with an insatiable curiosity, but he’s also a seeker, someone open to exploring space and the inner most depths of his own complicated psyche.

As stated above, alongside Spock we get to see the new Number One, and Rebecca Romijn looks perfect in the role.  There were times while watching the trailer that I thought Majel Barrett-Roddenberry had come back, magically 50 years younger.

Rebecca is channeling the essence of this fan-favourite character, building on the work of Gene and Majel superbly.

In the brief moments we get to see Number One, she is poised, exuding obvious intelligence while also expressing compassion and concern. There is a level of measured maturity present that was also there in Majel’s portrayal and all I can say is the producers chose well.

I know some fans are a little disappointed that the Enterprise crew play a role in this season, but I am incredibly happy they’re included. Star Trek is the original shared universe, made so famous in recent times by Marvel, and it doesn’t hurt to remind Geekdom that we did it first, and we still do it really well.

I maintain my original prediction that this entire season is a sort of backdoor pilot for a Pike Enterprise series, and I really hope I’m right. 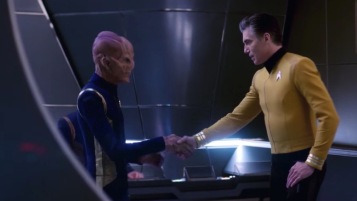 Apart from the Spock and Number One surprises, the trailer treads familiar ground while still managing to throw the odd curve ball.

The Klingons appear, as does former Empress Philippa Georgiou.

As hinted in recent months, the Klingons have had something of a redesign and now come with hair.  All of them.  The in-universe explanation for this is that, traditionally, Klingons shave their heads for war.  Obviously, come Picard’s era, that tradition has been done away with.

What I’m about to write is an incredibly unpopular view, but I never liked the soft rock/soft metal look of the movie and Star Trek: The Next Generation era Klingons.  Their flowing locks never made sense.  All that beautiful hair waving around on a battlefield, to me, was just asking for an intergalactic hair-pulling fight of titanic proportions.

The streamlined, more predatory Klingons of Star Trek: Discovery Season One look dangerous.  They don’t look like they’re about to launch into a Bon Jovi cover.  Yes, there were issues with the heavy makeup and prosthetics, but the bald look made sense for a warrior race. 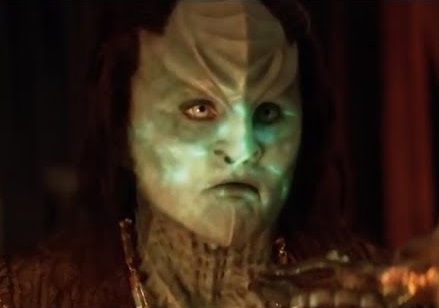 Georgious’s appearance was of course alluded to in the deleted scene that made the rounds at the conclusion of Season One.

As that scene suggested, she would return as a part of the covert Section 31.  Not everyone knows that, and only a select few know that this Georgiou is from another universe.

Captain Pike?  He is completely unaware.  So… that should be interesting!  Mirror-Georgiou is most definitely not the rationale, reasoned, compassionate Starfleet officer Captain Pike will remember and it remains to be seen what he will make of this different version.

Last season’s cover story is still being used.  Georgiou was rescued from a Klingon prison at the end of the war.

Maybe Starfleet is hoping her quirks can be explained away as trauma, and not the actions of a frustrated former Empress who is a sociopathic megalomaniac from another universe.

The last bit of news is that the new season will premiere January 17th in the United States and Canada, which means it will come to Australia January 18th.

There’s more news on Season Two thanks to the New York Comic Con, but I won’t spoil it here.  If you want to learn more, visit TrekMovie and read this article.

If you haven’t seen the new Season Two preview yet, watch it here.  This is the international trailer available from Netflix.

We don’t have long to wait now.

Season Two looks like it’s going to be quite different, in a good way, from what was (in my opinion) an excellent first season.

Star Trek: Discovery is available in the United States on CBS All Access, and is available on Space and CraveTV in Canada.  For international viewers, the series is available exclusively on Netflix.

Remember, if you’re one of those international viewers, put a little pressure on Netflix so we can enjoy Short Treks too.